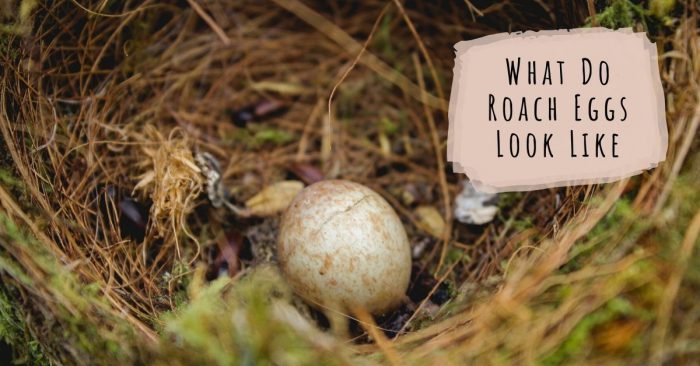 Everyone despises roaches, and they all have good reasons for it. Those creatures might be small in size, but the amount of threat they bring about is absurdly huge. It’s inevitable to find some of those tiny insects skittering around your kitchen sink, or hiding behind the bathroom’s door.

While finding adult roaches might not sound like a huge deal, discovering even one tiny roach egg can be an alarm for an upcoming disaster. Having roach eggs lying around is a clear sign that an infestation is about to happen. So today, we’ll be explaining everything you need to know about roach invasion.

Roach Infestations and Their Dangers

Roaches have been here on earth for 320 million years now. That’s even before we did.

These insects are exemplary survivors. They can live for up to one month without eating, and two weeks without drinking any water. Since they can hold their breath for well over 30 minutes underwater, they don’t sink.

To put things into perspective, a single female roach produces about 6 generations per year. Given that they get enough food and shelter, within one year of multiplying, this can result in more than a quarter of a million roaches colony.

Roaches spend most of their lifetime dwelling in sewers and drains, making their bodies a vector for all kinds of extremely harmful germs and pathogens. Roaches are covered with Salmonella Typhi bacteria, which causes typhoid fever.

They’re also responsible for the transmission of several harmful diseases such as gastroenteritis, plague, cholera, polio, dysentery, and food poisoning. Additionally, roaches give off a very unpleasant smell and can exacerbate allergies.

Although there are more than 4,000 species of cockroaches on earth, four main species evolved to thrive within the human habitat. Like most insects, roaches lay up to 40 eggs at a time, depending on their species. However, they’re all enveloped inside a protein capsule that hardens with time called ootheca.

Let’s check each of these egg casing in the common types of roaches.

American Cockroaches – American cockroach egg cases are as little as 8 to 10mm in length on average. They’re smokey brown in color with a faint black striping and serrated closure and a smooth, shiny appearance.

A single female American roach can give out up to 100 of these casings during its lifetime. In the case of American cockroaches, the ootheca contains 16 eggs.

The mothers usually carry their eggs for about a week before they leave them somewhere safe to hatch. It takes them about two more months to hatch. Meanwhile, the ootheca is held in place by the mother’s saliva.

German Cockroaches – German roaches are a living nightmare compared to the American ones, and you’ll know why. First, their eggs are even smaller in size than the American ones, ranging between 6 to 9mm. The oothecae are usually light brown, shiny, and has a lot of thick ridges. 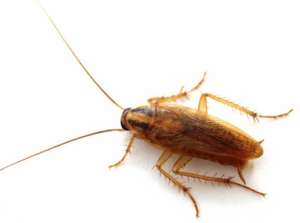 They also pack an enormous amount of roaches, averaging between 40 to 50 little nymphs per single capsule. The capsule ranges between light brown and yellowish color with a ridged surface.

It takes only about a month for the eggs to hatch, but fortunately, German cockroaches carry the capsule almost through this entire period. This raises the chance of you getting rid of the eggs by spotting an adult.

Due to the large amounts of eggs and the short incubation period, German cockroaches are known to be the fastest-growing roach species. 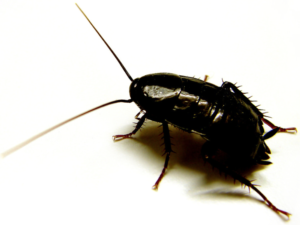 Oriental Cockroaches – Although Oriental cockroaches are reddish-black, their egg cases have a reddish-brown color. They appear glossy and swollen compared to other cockroaches.

They usually contain about 16 cockroaches lined up vertically, hence the inflated shape. The female Oriental cockroach carries the egg case for up to 5 days before depositing them at a safe location

Brown-Banded Cockroaches – The brown-banded cockroaches lay the smallest egg case between roaches, ranging between 4 to 6mm in length. The egg case usually carries a variable number of roaches ranging between 10 and 20 per ootheca. 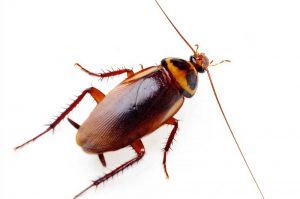 Female brown-banded cockroaches can between 15 to 20 oothecae during her lifetime. It takes about 3 to 7 months for the young roach nymphs to grow into adults.

These young nymphs are characterized by the two yellow bands on their bodies. However, these bands darken in color when they grow up to become dark brown, hence the name.

How to Properly Get Rid of Cockroach Eggs?

Finding eggs won’t be a piece of cake, and cockroaches hide them in very tiny crevices and cracks around your kitchen, bathroom, or basement.

However, if you’re lucky enough to find the egg cases, there are some ways to eliminate them such as:

Keep in mind that it’s very unlikely to find the eggs, and it’s always better to leave the job to an expert pest control. Additionally, you should never use insecticides as the protein case protects them from its effect.

While finding an adult cockroach might not be a big deal in itself, it can be an underlying factor to a much bigger problem. Once a cockroach lays an egg case somewhere in your house, an average of 40 baby roaches will be running around your house.

>> Related Article: How To (Effectively) Get Rid Of Roaches In Car

Although you might be lucky to find that egg case before it hatches, once it hatches, it’s time to ask for professional help from pest control.