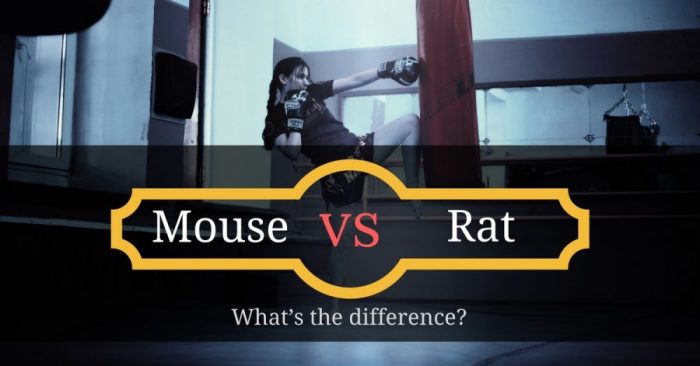 Mouse and rats are both furry rodents with short legs, long tails, beady eyes and they both features of a pair of incisor upper front teeth. That said, they are completely different species with separate characteristics.


There are many different types of rat and mouse.  For easy comparison, we shall use the most common types of rats and mice encountered:  the Norwegian rat (aka brown rat) & the house mouse.

In this article, we will take a closer look at each of their body characteristics, behaviour and habits to help better identify which rodent you are dealing with. 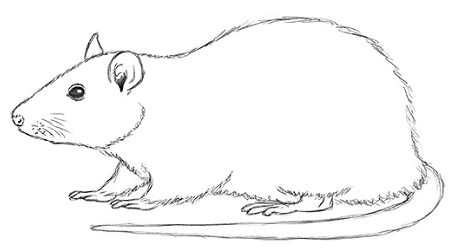 Tail – Mice tails have fur and hair, while rats do not (rat tails are bald, gross and very noticeable).

Body – Rats have longer bodies, while mice are short and stubby in stature. 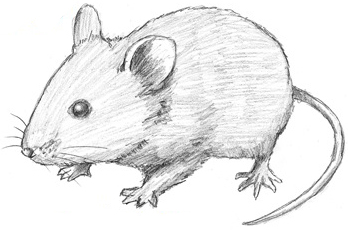 Ears – Rats have shorter and smaller ears while Mice actually have larger ones that flops abit when they move.

Head – Rats have a larger and less pointed head shape while the mouse’s head is more triangular shaped.

Color – Mouse usually are light grey or brown in color with lighter shade bellies. Rats have brown and coarse fur (roof rats have a grey coat with a white belly).

Mice – Young ones develop quicker than rats, opening their eyes after around 3 days and growing fur after about 10 days.

Rats – Young ones only open their eyes after 6 days and have fur after about 15 days.

Both rats and mice are omnivorous. While their diet have lots of similarities, their dietary requirements are not quite the same. Mice are slightly pickier than rats when it comes to eating and requires less fiber and more fat than rats.

Rat – Prefers cereals and cuts grain when eating to give the appearance that is has been chopped (black rats prefer fruit and foods with high moisture content). They drink about 2 ounces of water a day and tend to find food at the same places (making it easy to bait).

Mice – Prefers cereals and eats grains by removing the outer husk to eat the white endosperm inside. They tends to look for food in the same places as well, but doesn’t need to drink as much water (only about 1 ounce if available).

Side Note: Rodents have sharp teeth that continually grow, hence they always gnaw and chew on things.

Mice and rats seek a warm and secluded place to set up their nests, source for food and start a family.

Where Do Mice Live? – Mice usually live in the ground, using materials like shredded paper (or other soft materials) to build their nest in a hidden area that’s near to a food source.

Where Do Rats Live? – Rats build its nest by digging under buildings, along fences, and under plants and debris. Some species, like the roof rat likes living in high area like the roof, in the walls, and up on trees while other species like the Norway rats prefers staying in burrows.

Fecal droppings are often one of the first evidence of a rat or mice infestation.

Mouse – Mouse tend to poop 40 to 100 droppings a day anywhere and everywhere. Their droppings are granular in shape and black in color (about the shape and size of a grain of rice or smaller depending on the size of the mouse).

Rat –  They are larger and normally thicker in size compared to droppings of mice (dropping of mature rat is similar to the length of human pinky fingernail). Rats show more control and are more selective in the areas of defecation.​ They produce about 20 to 50 droppings per day.

Note: Rodent poops are like and most often contaminated in one way or another. Scoop them up with newspapers (avoid using sweeper) and clean surface off with wet disposable paper towels.

Newborns of rats and mouse do not have the ability to see, are hairless and replies completely on the mother for food and protection.

Mouse – A female mouse can give birth to up to 10 litters in a year (that’s about 5 dozen baby mice per year). These offspring can begin to reproduce in as little as six weeks and usually live about 9 to 12 months.

Rat – A Norway female rat can produce about 6 litters per year (the roof rat up to 8 litters per year). Their offsprings can start breeding by the time they are 3 months old and can live up to 18 months.

One difference in behavior between them is that mice are more curious in nature while and rats are cautious:

Rats – More careful and tend to avoid new things in their path until they get used to them over time.

Mice – Very curious and tend to investigate everything.

Rodents generally are shy and prefer hiding. Both mice and rats are nocturnal and prefer to venture out from their nests at night. Both are known to walk around in dirty places, while rats tend that leaves smudge marks on walls and along baseboards with their greasy & dirty fur.

Mice – They can get up on their hind legs with the support of their tails when they eat, fight, or simply figure out it’s location. Mice are fast runners and can swim, jump and climb (can even go up uneven & steep sloop surfaces) really well. They can jump 13 inches high and run along cables wires and ropes.

Rats – They are strong swimmers and can enter buildings through broken drains or toilets. Rats usually stay within 300 feet of their nest or burrow, and will climb to get to food, water or shelter. They find comfort in following regular routines and taking regular paths. If new objects are in the  path, they will try to avoid it.

Rats Kill Mice (but not the other way around)

Mice don’t kill rats, but rats can and do kill mice. Infact, rats actively hunt, kill and even eat mice (it’s a behavior known as “muricide”).

For the longest time, researchers have used rats in psychology experiments, assuming that they were the smarter of the two lab rodents. New research shows that it is in fact because the experiments conducted was designed for Rats and if the tweak the experiment for mice, they actually performed equivalently.

Both Have Poor Eyesight

Rats and mice both have extremely lousy eyesight but possess a great sense of hearing, smelling and taste (side note: that’s why ultrasonic repellent works on them).

Despite the similarities and differences between rats and mouse, rodents often carry the risk of disease, food contamination, and causes damage to structures.

Getting rid of rodents at the earliest sign is essential as they they manifest really fast (as indicated in the article).

How many of these distinctions have you identified? What type of rodent are you facing or have faced previously? Let us know in the comment!