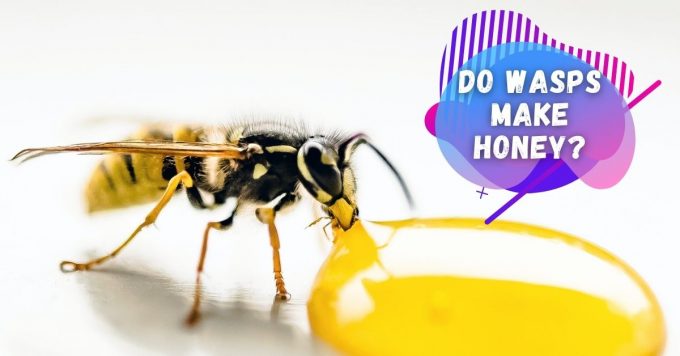 If you ask someone how wasps and honeybees are different, they’re most likely to say that honeybees make honey while wasps don’t. Well, that’s not entirely true. Although most wasp species don’t make honey, there are a few that do.

Wasps are usually predators that feed on insects to survive. Some varieties may even feed on fruits and nectar, just like honeybees. Some wasp species are known to break into beehives to get honey because they can’t make it themselves. However, about a dozen wasp species in South and Central America are known to be able to make their own honey from nectar.

Wasps are quite popular for stealing honey. However, as mentioned above, wasps usually are carnivores that feed on smaller insects and larvae. They’ve got powerful jaws that help them chew hard, crisp, chitinous insect shells. Wasps cut open the honeybee to extract its abdomen, leaving behind the head and thorax.

As much as it’s hard to believe, there are certain species of wasps that do make honey.

These wasps are most popular among all honey-producing wasps. They are found abundantly from north Panama to the southern countries of Arizona and Texas. Mexican Honey Wasps are extremely social and form colonies in the foliage of shrubs and trees. A single colony of Mexican Honey Wasps can have as many as 3,500 to 17,000 wasps. They make honey but only in enough quantities that are sufficient for their own consumption.

>> Also read: How long does a wasp live

Is Honey Produced by Wasps Safe to Eat?

Wasps sting for self-defence. Their stings are venomous. That’s what wasps are widely known for. What many people don’t know and often ask is – do wasps make honey? The answer to this question is – wasps also produce honey that’s similar to the honey that honeybees make, and it’s also safe for human consumption. The only reason it’s not so common is that wasps produce only minute quantities of honey that they consume themselves.