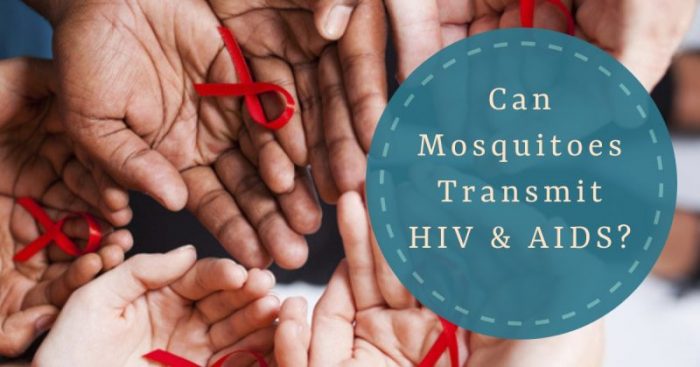 Mosquitoes are known to transmit some of the most prevalent diseases around the world (i.e. Zika Virus, Malaria, Dengue fever), but you may be glad to know that mosquitoes do not actually transmit Human Immunodeficiency Virus (HIV) and Acquired Immunodeficiency Syndrome (AIDS).

HIV is a virus that attacks the human’s immune system, causing a severe deterioration of the system until it is no longer capable of fighting off infections and other diseases. When HIV is left untreated for a prolonged period of time, it reaches its final stage, known as AIDS, which could eventually lead to death. 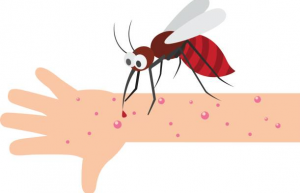 There are various reasons as to why mosquitoes are not transmitters of such diseases.

Firstly, mosquitoes do not contain human T cells which are required for the virus to manifest and then replicate to pass on to another human being. Hence, when a mosquito feeds on the blood of someone transmitted with HIV or AIDS, the HIV enters the insect’s gut, and is then broken down in their digestive system.

Secondly, the blood ingested by mosquitoes is way too little to contain HIV. With such a small amount of blood being consumed, there is little probability of the mosquito actually ingesting any HIV. [May: to put into context, the amount of blood that mosquitoes consume is like consuming a 2L of soda from that of an Olympic-sized swimming pool].

Thirdly, according to the United States National Centre for Biotechnology information (NCBI), the HIV virus is less likely to be transmitted due to the low gradient and titer concentration of virus being ingested by the mosquito.  This results in the virus being impotent and thus ineffective in transmission.

Lastly, mosquitoes require ample time to digest the blood they have ingested. Due to the short survival of the HIV virus in the mosquito (approximately 4-5 hours), the mosquito might have insufficient time to find another target and infect it within such a tight interval.

How are HIV and AIDS transmitted? 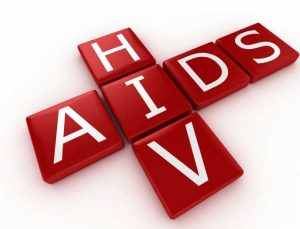 Turns out, only certain body fluids from a HIV/AIDS positive person are able to transmit the virus to another person. For example, blood, semen or breast milk are examples of fluids in which HIV can thrive and be transmitted. However, non-infectious body fluids like saliva, tears, sweat and urine can’t.

>> Also read: What Do Mosquitoes Eat?

These infectious fluids must then have a route for transmission to be possible- either through a mucous membrane, damaged tissues, or blood-to-blood direct transmission. In other words, sexual activities, needles and syringes are the most viable routes for HIV and AIDS transmission.

In addition, another non sexual route of HIV/AIDS transmission includes the mother-to-child transmission, also known as perinatal transmission. This form of transmission stems from pregnancy, where a mother with HIV passes the virus to her infant through childbirth or breastfeeding.

Why Malaria and Dengue, BUT not HIV and AIDS?

Fun fact – Mosquitoes can only transmit certain kinds of diseases selectively. But why exactly?

To answer this question, we have to first understand how a mosquito goes about ingesting blood. In essence, a female mosquito seeks for a tasty “beverage”, and uses the protein and iron in this “beverage” to nourish their eggs. After feeding some blood, she injects saliva into the victim’s body to prevent the blood from clotting. The saliva contains enzymes and proteins that results in an allergic reaction in most human beings, creating an itchy and red bump.

If the mosquito happens to bite on someone infected with malaria or dengue, she ingests the Plasmodium parasite, which enters her cells and starts replicating rapidly. This disease agent then moves to her salivary glands, ready for an attack to another unsuspecting victim, causing the victim to be infected with Malaria or Dengue.

By now, it is safe to conclude that mosquitoes are unable to transmit HIV and AIDS due to the lack of physical properties in a mosquito that the virus requires to thrive. However, though pesky and annoying, hopefully when we next see this small little thing buzzing in the air, we will be more familiar with the reason behind its blood sucking tendencies.